ALG conference proceedings and other titles: 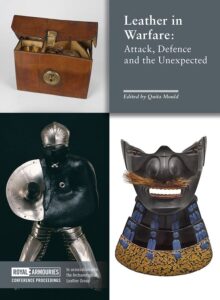 Leather in Warfare
Attack, Defence and the Unexpected

Proceedings of a 2014 joint conference held by the ALG and the Royal Armouries, Leeds.  Edited by Quita Mould, 2017. 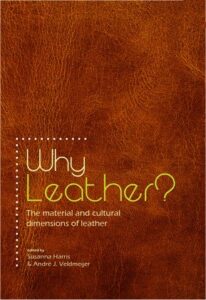 Why Leather?
The Material and Cultural Dimensions of Leather

Papers from the Archaeological Leather Group’s 2011 conference at the Institute of Archaeology, University of London. Edited by Susanna Harris and André Veldmeijer, 2014. 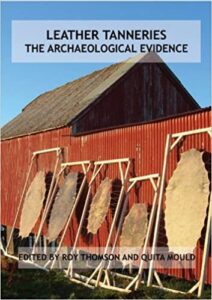 Papers from the Archaeological Leather Group’s conference at Walsall Leather Museum in 2008: Have we got a tannery? Edited by Roy Thomson and Quita Mould, 2011. 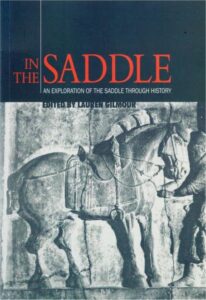 In the Saddle:
an exploration of the saddle through history 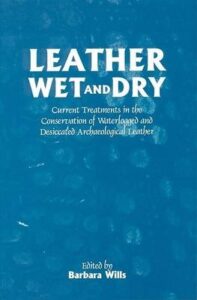 Leather Wet and Dry: Current Treatments in the
Conservation of Waterlogged and Dessicated Archaeological Leather.  Edited by Barbara Wills, 2001.

Archetype Publications (out of print) 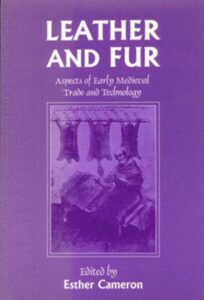 Leather and Fur: Aspects of Medieval Trade and Technology.  Edited by Esther Cameron, 1998.

Archetype Publications (out of print)

Guidelines for the care of waterlogged archaeological leather, 1995 Published in partnership with English Heritage.

Recent Research in Archaeological Footwear, 1987
Published in collaboration with the Association of Archaeological Illustrators & Surveyors as their Technical Paper No.8.